Disclaimer: The following is how I have set this up and although approved by the BMAA under TIL118 for our aircraft things maybe different in yours and therefore this guide is for reference only and action taken as a result of reading this are entirely at your own risk!

Adding an uncertified GPS input to Funke Or Trig Transponder

Why do this Modification?

At under £80.00 including the Mod certification fee (currently waived by the BMAA as it’s a safety mod) the question really is why would you not do this modification! At the flyer show 2016 NATs were very keen to encourage people to do this, the person I spoke to cited being visible to TCAS in military jets, FLARM and PilotAware users as a great safety bonus as well as ATC having your location too.

There is a minimum software level required when connecting an uncertified GPS. An older version may result in incorrect parameters being broadcast. You can verify the software version installed in your transponder when you switch it on, this is briefly shown on the screen at power-up by both Funke and Trig devices.

Funke TRT800H transponder software level 5.2 or newer. depending on the age and version of your current software Funke may charge for an upgrade as they did us.

For Trig TT31 transponders the software version must be 3.4 or newer (I have not tested this with a Trig TT31)

A note re Trig software version numbering: 2.10 is a higher version than 2.4 (mathematically it isn’t!) so read it their numbers as release x “.” as a separator version number Y

Note: I was installing the latest S4 GPS today (30th March 2021) its speed was 115,200 Baud this needed changing as this speed is unsupported by the transponders. To change the speed send one of the below $PSRF100… however these changes are not permanent. 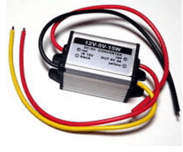 WARNING DO NOT BUY THE POWER SUPPLY BELOW!

the above power supply cause interference across the civil airband 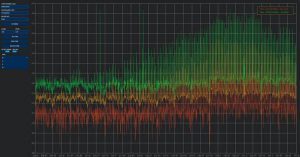 Weight of all components including wires and fuse for this mod is: 94 gm. 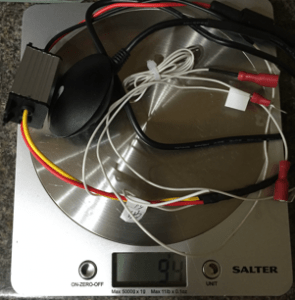 Preparing the GPS and regulator

Remove the sticker from the underside on the GPS to expose the magnet, slide a small screwdriver down the side of the magnet and gently lever the magnet out.  Backfill the hole with some hot glue and smooth flush. Lastly attach a piece of self-adhesive Velcro which will be used to fix the GPS mouse to the top of the dash later.

Solder an inline 20mm Radio fuse holder to the “in” +V line of the regulator and insert a 500mA quick blow fuse.

Out of aircraft testing

The GPS outputs a lot of different “sentences” however the TRT800H only uses $GPRMC and Funke recommend only this message type is passed to the transponder. Trig has no such recommendation.
Unused message types are removed by sending the following 3 commands:

Each command is sent in turn using the “Send” tab in Realterm and “Send ASCII”, ensure the +CR and +LF options are selected and then send each command in turn.

The output should now only display the $GPRMC sentences required by the Funke TRT800H.

At this point I bench ran the regulator and GPS for 24 hours to ensure no issues, both units should and did run cold.

The assembly is now tested and ready to connect to the transponder. The GPS’s RX (white wire) is no longer used and should be insulated using heat shrink.

Configuring the TRT800H transponder to accept the uncertified GPS

Note : For Ver 5.3 the following proceduer has been fed back by Ken (thank you):

Push and hold ID until display shows “enter setup “ 3 presses of mode button takes you to the RS232 settings.

Use Function to move through the options, the right-hand knob to select and enter to save.

Connecting the assembly to the aircraft, Ensure the aircraft power is isolated for safety before proceeding. 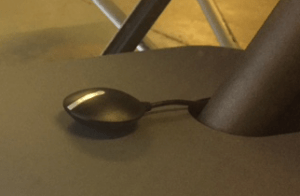 The regulator is cabled tied to an appropriate point behind the instrument panel.

Validating the connection for the Mod approval TIL118