I have been having reliability issues with my home built PilotAware to the point where when I went flying it was not a case of if but when it would have a problem! Well (touches wood) I seem to have gotten to the bottom of my issues, first of all I would like to make it clear it was not a fault of the PilotAware software.

The issues I had were that it would take a good three minutes or more for the Ublox VK-172 GPS to get a fix when connected to my PilotAware and if it lost its position in flight at 70 knots it would not get its position back very quickly or sometimes it would never get it back. However, when connected to a PC running the Ublox software it worked fine! I eventually ordered another from HK via eBay, when it arrived a few weeks later I was somewhat dubious as it came sealed in a plastic anti-static bag, whereas the first one came in a blister pack with CD and manual too. I connected it up and within around 45 seconds it got its first fix and ever since it seems to take about 20 seconds and it’s ready to go. 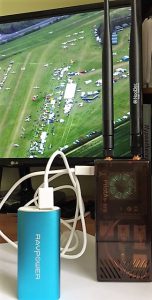 The second issue I had been having is that the WIFI link would drop and I could not reconnect without rebooting the PilotAware however, this seemed to only happen in flight. I considered various things such as interference from the aircraft, vibration etc, but in the end a thicker supply cable (20 swg) as is recommended seems to have fixed it.

I had tried it on a few short flights without issue so now it was time to try it on a flight of more than an hour as previously the issue could take 30 -40 mins before showing up.

A flight up north to North Coates was selected and Sam and I set off, on route we occasionally saw or own trace on SkyDemon from PilotAware showing up but, later I found this to be a wrong setting and selecting the filter (beta) option seems to have resolved this.   We saw several different aircraft show up on SkyDemon however, one of interest at our altitude and heading in our general direction. We kept a keen lookout for this (and any other) aircraft. Eventually we saw the Aircraft on our left and by now both visually and on SkyDemon (thanks to the data feed from PilotAware) it was clear it would pass safely behind us. 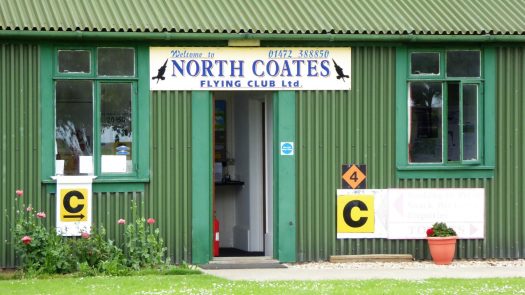 We arrived at North Coates where the wind should have been at 40 degrees to the runway at 10 knots but in fact it was highly variable in direction at while landing it was 10 knots across the runway with turbulence coming off from the adjacent hangers. It made things a little more interesting but the final touchdown was nice and smooth.

North Coates seems a nice airfield with a small and friendly café and no doubt I will be going back at some point soon.

The Wild Cats were due in at 14:00 so we waited until 14:20, but there was no sign of them and we needed to be getting back so we left and shortly after calling that we have left the circuit we heard them on the radio inbound, I think that is called sods law!

The take-off and flight back was uneventful with the wind having died down, we had a few more contacts on SkyDemon via PilotAware on the way back but nothing near us. There was no loss of connection in either flight and the whole system was rock solid.

So with my fingers crossed and touching wood it seems like my PilotAware issues may be fixed and when SkyDemon with it new traffic radar display is combined with PilotAware the benefit is more than doubled, it is a very useful secondary surveillance device, your eyes must however remain your primary! 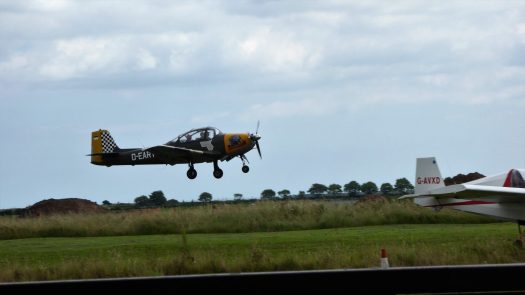 One Reply to “SkyDemon, Pilotware and a trip to North Coates”