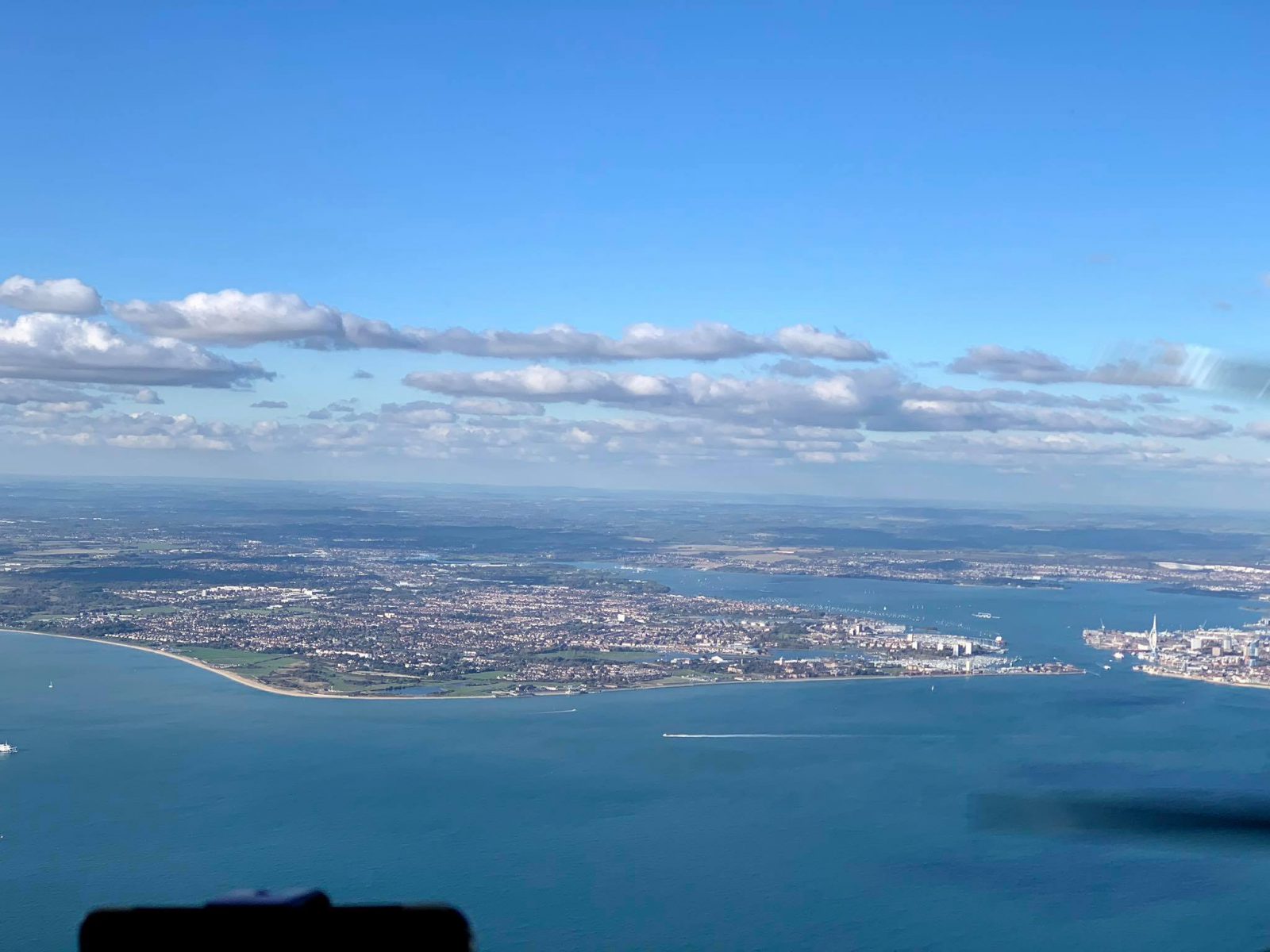 The Isle of Wight was a trip I have long wanted to do and was also a standby option a few weeks ago when I flew to Le Touquet with my friend Jason, Jason and I were to make this trip too. Compared with Le Touquet this would be a breeze, no flight plan to file, no GAR to file either and far less airspace to transit.

We set off about 10:30 and flew down south and over my old hometown of Reading staying below 3,500ft to avoid the London TMA, in fact, we stayed around 2,000ft as we were close to a part of the TMA which started at 2,500ft and didn't want to risk an accidental infringement.

Next was Odiham MATZ, we called and asked to a MATZ penetration and this was granted and they also suggested we switched to Farnborough West Lars on 125.250 which we did, calling them  they confirmed our MATZ penetration and advised us of intense gliding at Lasham, so we routed to the west of Lasham and gave them a wide birth! this was also a good test for Pilotaware and Skydemon which showed us lots of other aircraft including gliders.

Clear of the MATZ we switched to Solent Radar, I must say the guy on the other end of the radio was great. We crossed the Solent at Portsmouth with our declared routing as "direct to Sandown", but we decided to do a lap of the Isle of Wight and take in Cowes and the Needles. As we turned the guy on the radio came back to us and asked if we are intending to fly around the Isle of Wight, we said if that was ok, yes, it was so we carried on. We were not within controlled airspace at the time so it was ok to change the routing.

As we approached Cowes we asked for clearance to enter controlled airspace and this was granted. As soon as we passed into the CTA we were told we were now under Radar service and cleared to follow the coast, I guess they get a lot of us pilots doing this!

John Cleese or the Fonz!

Our landing was uneventful and we parked up and went into the cafe, where we were made to feel welcome; we ordered the traditional bacon roll each and two coffees. This is where things took a comedic turn as the lady started hitting the coffee machine as if she was the Fonz. Fonzie was clearly not in the house as the coffee machine silently took the hits without giving up any coffee, eventually, a guy turned up and took over giving the coffee machine a beating (this was now more John Cleese then Fonzie)! At last, it gave up and two coffees were dispensed.

The journey back was a reverse of the flight down and we arrived safely back at Chatteris a little before sundown.

I can recommend a trip to the Isle of Wight to anyone, there is not too much radio work and great views!