This year the flying show was held at Telford which for me is further to travel, on arriving at the show we saw a sign for “PATS Open day” but continued on as the Satnav said too and there was no mention of the flying show, however at the roundabout there was a flying show sign directing us back to where we had just come from! Parking at the show this year was more reasonable at £4.00 last year at the NEC we paid £10.00, the walk from the car park was also a lot shorter.

Our first stop was the careering area at the back of the hall where we all had a breakfast roll and coffee.

The show filled the hall where as at the NEC there was space left. Two notable absences from the show this year were no Eurostars EV-97’s on display and no flying area for models.

This year eGo  was at the show, which is an interesting SSDR, which I have mentioned in other posts, it has recently gone into production with the first production build aircraft said to be due soon. The display model was a little battered in places, but as the sign next to it read “I May not look my best at the moment, but I am a hard-working development and test aircraft” we chatted a little while with Adrian Hillcoat, Chief Executive Officer and Director at eGo who talked about the glass cockpit, the handling of eGo and the easy of flying it and how they will help owners transition to the eGo. It looked a lot small then I expected but a lot of fun too, I look forward to seeing them flying around.

We moved on looking at many stands and talking to many people, too many to include all of them here! We spoke for a while with the guys at CFS Aero who have recently been appointed a Rotax distributer, We asked them about a recent post I did relating to turning the engine backwards and the potential damage it could cause, they said they will investigate and let us know, so I hope to be able to update that blog soon!

We stopped to look at the C42s on display by Red-Air UK and spoke to Malcolm Stewart, we took the opportunity ask if when keying the mic all C42’s trim and or fuel gauge displays alter, he explained that many do, some more than others and if we wanted to lessen the problem we should separate the white and coloured wires running under the stick area as its normally caused by RFI. Moving over to G-KTOW the C42 glider tug and talking to Jonathan who’s C42 is kitted out with 2 EMSIS monitors replacing the need for many gauges, Jonathan kindly switched on the master switch and showed us them working, they seemed very impressive and created a lot of room on the dash too! I would love to get some for our C42 at some point…

We look at Skydemon too as all three of us are getting ever closer to taking our GST and would like to fly with a tool that will keep us on track and out of controlled airspace,  at our club the majority who use a moving map use Skydemon in their microlights. Rob from Skydemon was happy to show us their software and answer any questions we had. My only concern with using 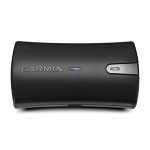 Skydemon is using the inbuilt GPS in either an Apple or Android device people in the club have reported not having a GPS signal at times. I raised this question to Rob who suggested the use of a Garmin Glo as it has a much faster refresh rate (10 reports per second) and is not an “assisted” GPS, it also supports Glonass removing the dependency on a single satellite network. I think this is the route all three of us will probably go once we have our licences.

Overall we enjoyed the show and will probably go again, but still feel it could have more 3 axis microlights, as we did last year and without the Eurostar probably even more so!