On the 11th December 2013 e-Go launched on www.SyndicateRoom.com to allow its many supporters and anyone else interested, the opportunity to become a shareholder and part of its exciting development journey.

They recently broke the £500,000 barrier, Malcolm Bird of e-Go told Clear Prop “we would like to raise £800k but can run a reasonable plan with £650k. The £500k is just a milestone towards our goal”. A number of news articles have incorrectly report that e-Go has met its target, while its true they have made great progress they are currently a little short, which is good news of anyone wanting to invest in this amazing aeroplane.

On SyndicateRoom.com e-Go state “e-Go aeroplanes is creating the striking, new, very lightweight e-Go aircraft. It will cost dramatically less to fly than traditional aircraft and is a design-led product for discerning pilots who relish new experiences. It uses novel technologies for performance yet achieves a low cost of development and operation by exploiting the newly deregulated environment in the UK. Interest in the product is high and we already have first deposits for aircraft which will be delivered in 2015.”

We hope they make it soon as we look forward to seeing the e-Go flying in the skies near us. 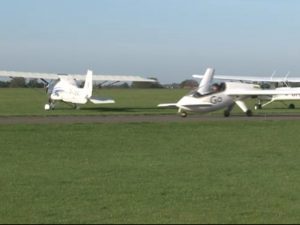 Pictures reproduced with the kind permission of e-Go Aeroplanes

New information published on the 25th October 2013 on the Civil Aviation Authority’s (CAA) website aims to help private pilots with some of the most common pilot licensing changes and questions.

Today 30 October 2013 the new e-Go took to the skies above East Anglia, taking off from Tibenham Airfield, Norfolk and in the background you can see the AAA Microlight’s C42.

You can read more about e-Go at here

There is also a news report at here

It’s an interesting and fun SSDR that is said to set you back around £50K, but does come with is own simulator software inbuilt to the glass cockpit.

I think I need to start saving hard, or maybe I will need to be content in flying one in my dreams! 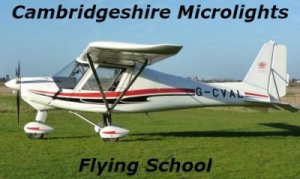