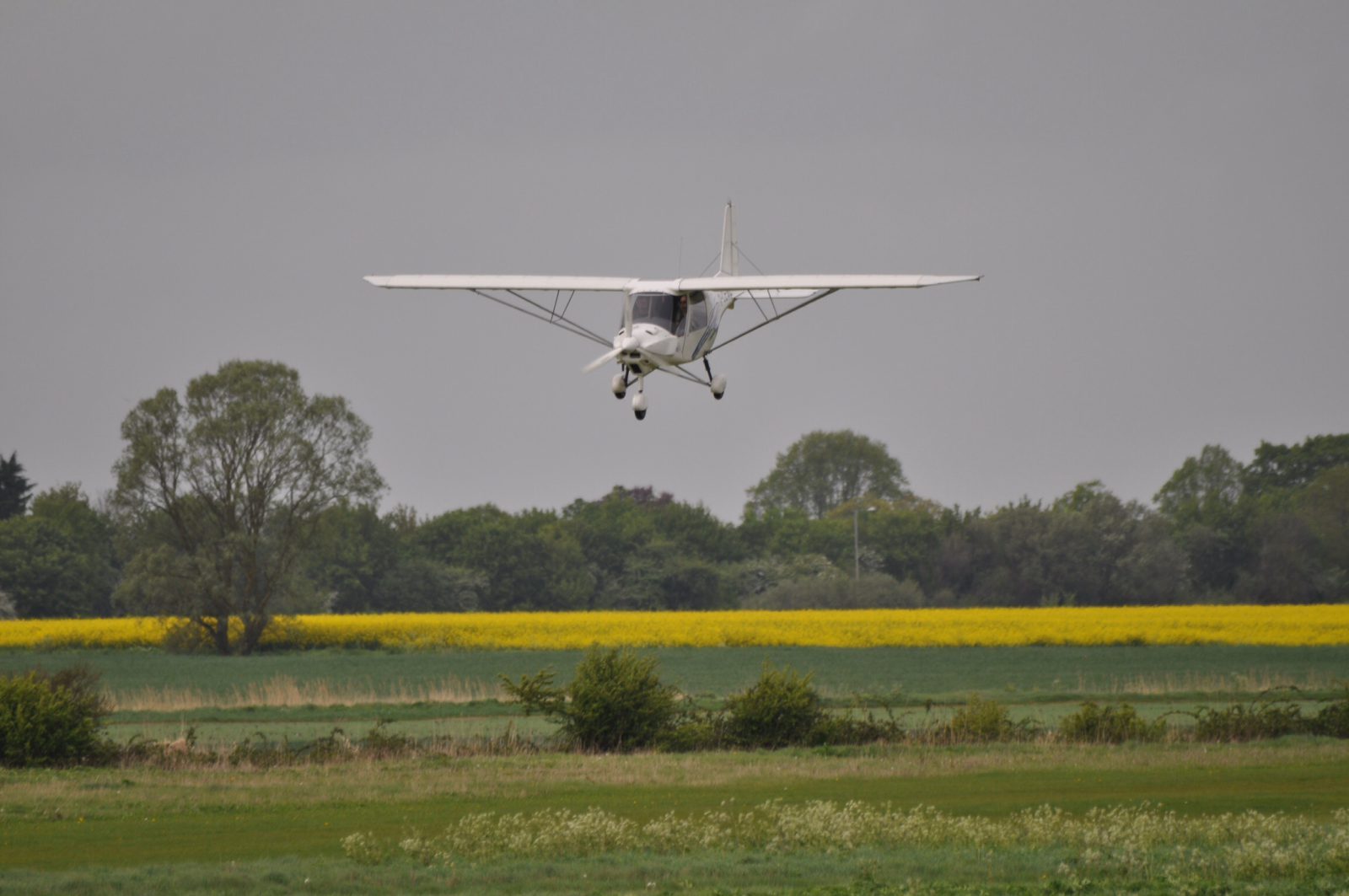 Today’s lesson was landing and taking off without flaps due to the high wind, we also looked at the effects of adding power while the aeroplane is stalled.

I must admit I thought today was going to be lost to the weather like last week, oh the joy of flying Microlights in the English winter, at least the C42 has a good heater! I got to the club very early with the thought of flying earlier or if it was calmer there may be having a double lesson, as the lesson before had been cancelled, however when I arrived it was very windy and the weather was deteriorating, Pat and Colin were holding short for runway 24 and Mike was on final with another student. Mike and the student landed and Pat and Colin thought better of flying with the weather closing in and all came back to the club house. 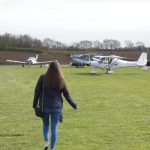 Alan had come in to fill the now vacant 12:00 slot and I had decided to have a go at the aircraft General (aka aircraft technical) exam. Mike led me through to the office and gave me his pre exam talk which points out things like; ensure you think about what the correct answer is before looking at the answers, read all the answers and only then select the most correct answer… Well I was not 100% sure I was ready for this exam as I had not made a full set of revision notes and still had a few questions, these were mainly due to the free practice sites answers conflicting with what’s in the book! But it was too late now I was sat at the desk with the exam paper in front of me and the clock was ticking! The next shock was there were 50 questions; the other exams had been 10 or 20 questions. There was also a calculator provided, but it did not have SIN, COS or TAN on it, how would I work out the heights and distances? I was really beginning to think this was a mistake to take this exam today, it could ruin my Christmas if I fail, this sort of thing plays on my mind. Well at least one of the conflicting answers came up in the exam and I went with what I had read in the Microlight handbook and it was later marked correct. At just under half the allotted time I was done and there had been no need to use the calculator. I went out of the office just as people were getting ready to fly as the bad weather had blown through and conditions were ok. Mike marked the paper and I had only got a couple of the questions wrong, one was a common sense question which if I have thought about it in the context of a Microlight I should have got right and the other I believe was not covered in the book! but this was a respectable pass mark and I was happy at the out come.

At around 13:00 Pat and Mick and Colin and Katie went flying, I checked out the C42 ready for my lesson and noticed a piece of black insulation tape on the cowling, before I went flying I ask Mike what the tape was for, Mike replied “it’s a gun sight!”  He then went on to explain it makes it clear to students what part of the aircraft should be used as a reference for them to line up with.

We taxied out to runway 24 after completing all the pre flight checks, Mike explained with the strong headwind we would not be using flaps, this was to allow us two climate a better angle so if you were to encounter an engine failure we would not have so far to get the nose down and with the high head wind we may exceed the “white arc” (indicated airspeed allowed for flaps) before reaching 200 feet.  We commenced our take-off using a shallow climb to gain airspeed before adopting the normal angle of climb, we continue to climb to 4000 feet.  Mike took control and demonstrated a stall as we have done in an earlier lesson, he then repeated this, but instead of recovering by lowering the angle of attack he applied full power, the nose of the aircraft raised and it appear as if we had recovered, however glancing at the vertical airspeed indicator it was clear we were losing altitude rapidly, Mike reduce the angle of attack by lowering the nose and the aeroplane recovered from the stall. A clear example of why adding power doesn’t recover you from a stall.

One of my biggest concerns about learning to fly is knowing where I am in relation to the airfield at any given time; after the stalling exercise Mike says “head back to the airfield and joined the circuit”, harder than it sounds when you haven’t a clue as to where you are or more to the point where the airfield is! After some time I spotted in the middle distance a small town, as we got a bit near it turned out to be the city of Ely, the perception of places from the air is quite different, well for me at least. From here I worked out where I was and got us back to the airfield. I flew a few circuits and made some good approaches and a few good round outs and hold offs, but unfortunately the two did not coincide!

Once back on the ground Mike said well done and that in calmer conditions I will find it all much easier and should be able to put it all together.

So ends my last flying lesson of 2013, all that remains is to wish anyone reading this blog a happy Christmas and New Year.