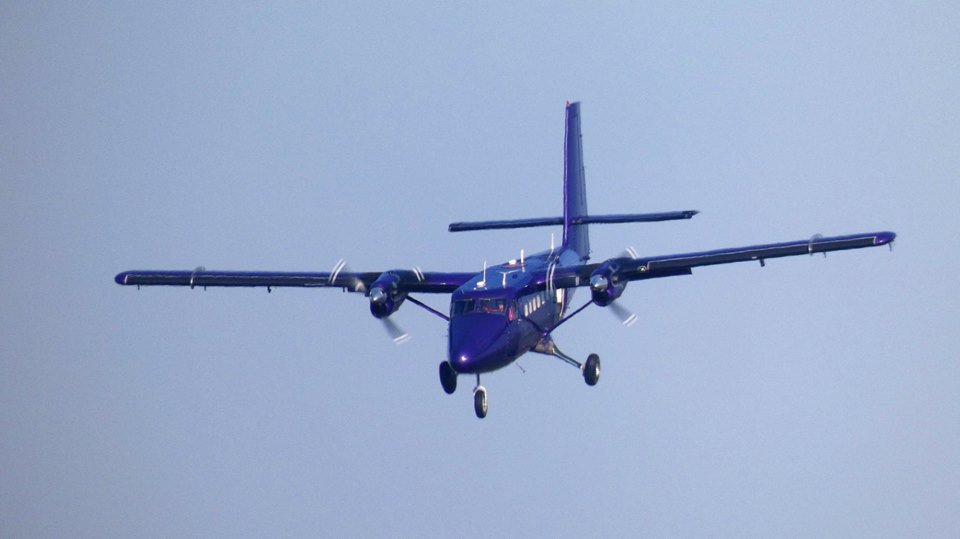 I had an exciting and varied day Sunday, first I taught lesson 7 from the new syllabus (climbing and descending ) ending up with a bit of lesson 6 (straight and level) revision in poor conditions, where the horizon was barely visible. The student did very well in difficult conditions and its always nice when they say they really enjoyed it. 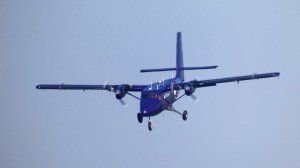 Today was for me about PilotAware and Skydemon, regular readers will know I think that currently, this is the best possible combination; during the lesson in the haze it was difficult to see other aircraft but, with PilotAware and Skydemon I could see the other aircraft, which we knew was out there, as it was from our club. The indicated position on Skydemon allowed us to quickly locate it and ensure we remained a safe separation. +1 for the combo. 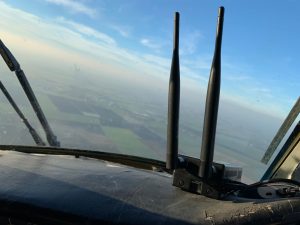 Next up was my opportunity to occupy the co-pilot seat in a Twin Otter. The Twin Otter has Mode S transponder but, no ADS-B Out and no ADS-B In, thus they wanted to see PilotAware in operation. The Twin Otter in question was Skydive one the parachute aircraft, the test was very successful, in part because most aircraft at our home airfield have ADS-B Out or PilotAware. On the first flight we got a traffic service from Lakenheath as normal and shortly after we were showing a contact on Skydemon, the pilot said it will be interesting if ATC reports the same or not, just as he finished speaking or the radio came traffic information relating to the aircraft. This was interesting and helped show how pilot aware could help. On the next lift an aircraft was showing ahead and, on the left, Skydiveone would have normally turned left but, an alternative routing was taken to maintain separation.  Now the worth of PilotAware and skydemon was proving interesting! Then a little later in the flight we asked for clear drop and ATC came back with another aircraft in the zone, we had heard on the other frequency that an aircraft was leaving the circuit and with the traffic information we were able to positively ID the aircraft, thus there was no need to abort the drop. Fantastic news for both the safety and the cost of a go around!

There was few other contacts that helped too but, above was enough to convince them the effectiveness!

Then after a few lifts in the Twin Otter, I got to be the passenger in our C42A while my friend and co-owner did a few circuits.