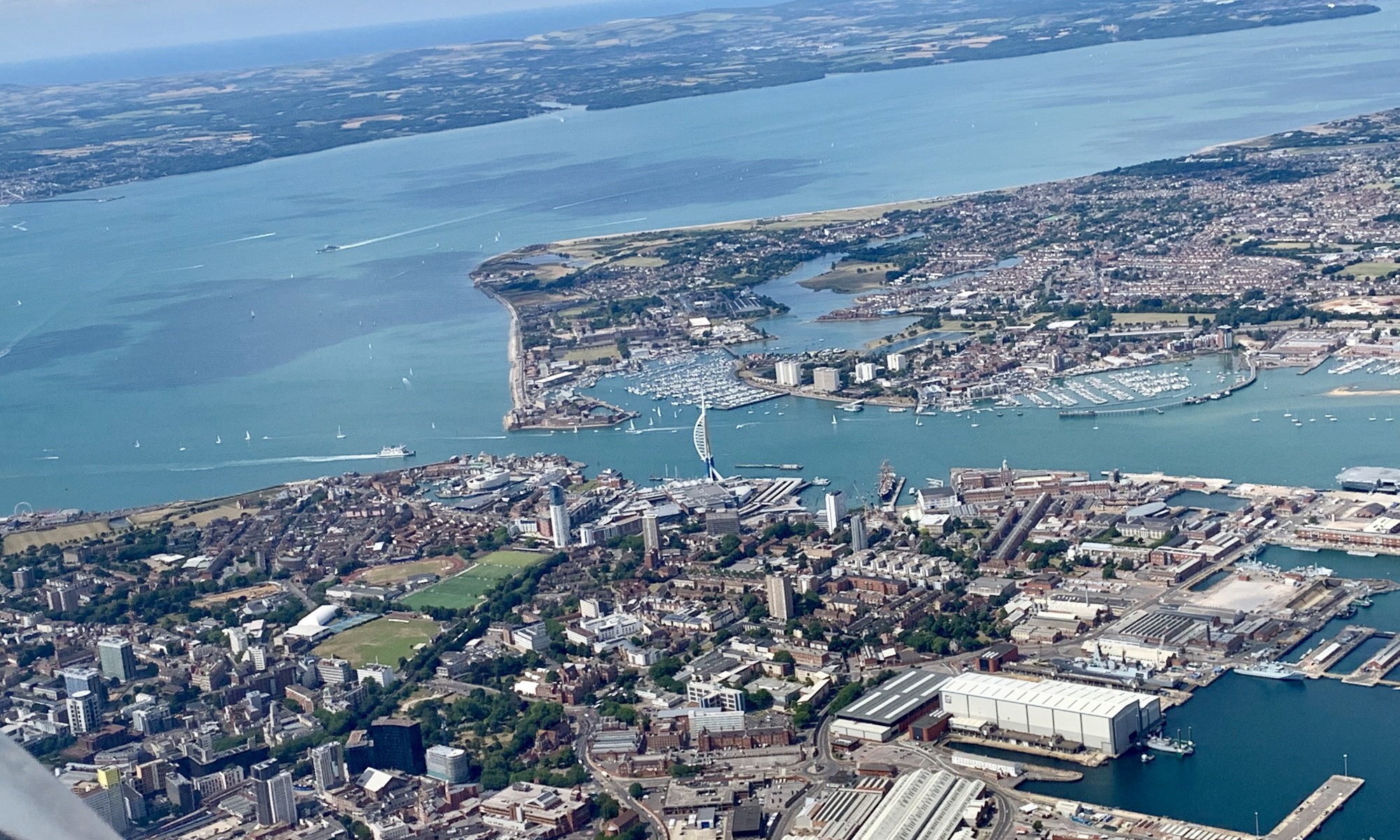 We started by cancelling the flight plans filled via Skydemon and then we set off. Initially, the cloud base was around 800ft but, soon and as indicated, this opened up and we climbed to 2,000ft and then 3,000ft as it continued to improve.

The flight down apart from the claggy start was largely uneventful. We had been having issues with our Funke TRT800 transponder, it is intermittently not being seen by ATC and locking up, however on the flight down it behaved impeccably. The only issue we had on the way down was the landing, I touched down gently and then hit a bump and a gust of wind which saw us back in the air, but not by much. Next, another gust just as we were touching down and 90 degrees to the runway saw our right wing lift. I caught this on the stick and controlled it with the aileron. I was wondering if I could have done better as I watched Colin land behind us in his C42 and saw him have the same issue, it was like watching an action replay however, this time the gust had taken him far to the left of the runway.

The journey home, however, was much more eventful!

First, the Transponder didn’t seem to be working, so we called Fanbourgh Information and asked for a transponder check, we tried Ident and they could not locate us, we tried another squawk but, we could not change it, so we need to send it back to Funke for a service repair.

About 40 mins from Chatteris we heard a loud ripping sound, it was like someone ripping velcro apart in our ear! followed by a humming sound! we looked at each other in disbelief, the aircraft was still flying and the controls responding normally. The humming stopped and all seemed normal so we decided to continue, and then another loud ripping sound more humming and heavy vibration through the stick and pedals!

What could this be? what should we do?

We looked for an alternative and near airfield, our best option was Old Warden so we head towards it, then as suddenly as it started, it stopped, we continued towards Old Warden with no further occurrence of the issues.

What could it be? Our best guess was that the velcro fastening between the wing and the aileron may have separated and the noise and vibration were due to the resulting airflow between them.

On to Chatteris and 10 miles out we heard Skydive One (the parachute plane) called it was taking off, wanting to get straight in we called Skydive one and advised them of our situation and they delayed the drop until we had landed. On final we put the first stage of the flap on, as the aircraft’s pitch changed the vibration and humming returned, we decided not to put the second stage on. After landing we inspected the aircraft looking closely at the ailerons and the skins, nothing! Then we spotted the windscreen tape had lifted in the middle of the vertical section, could this have been the issue? it would make sense re the ripping sound, but what about the humming and vibrations? we reasoned that the humming could also be due to this and possible the vibrations too if it was disturbing the airflow. The tape was removed and we took her up for a test flight and to our surprise, the issue was solved!

This reminded me of Rob Mott’s article in Microlight flying magazine where he talks about knowing your aircraft and not to panic if you have an issue. We knew the aircraft was still flying, we knew it was responding normally to all control inputs so we minimised the issue by flying conservatively and landing at Chatteris as soon as possible.

Little things like the edge of the tape lifting are important to check on a pre-flight check as well as the major items!.

Should we have performed a precautionary landing?

We could have put her down in a field or at Old Warden, but she seemed to be flying OK and what damage might have been done during the landing? Old Warden is PPR and was NOTAM’d for model flying.

There has been some discussion if we were right to have continued flying or not. What is your view?