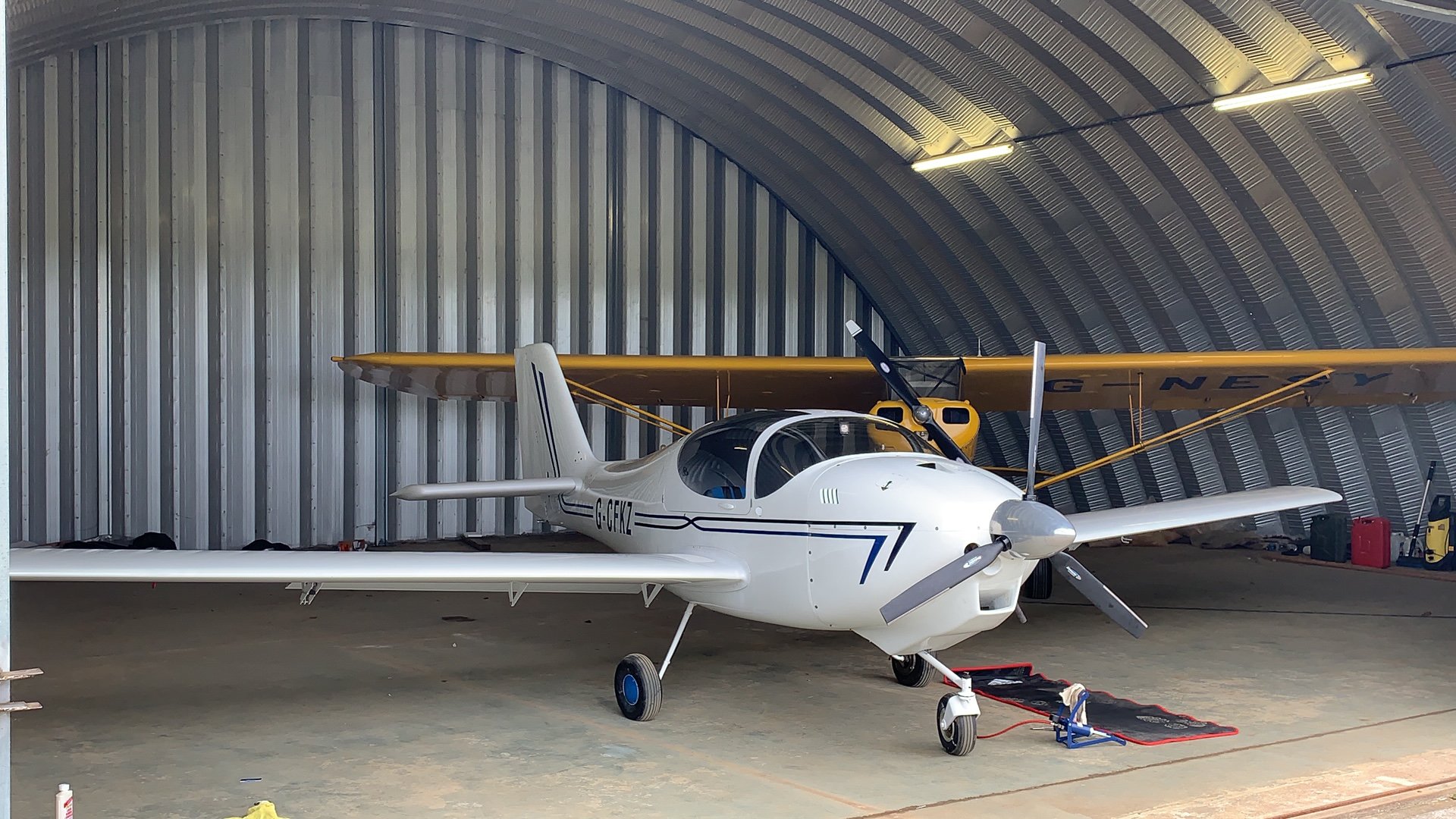 We left the story with our elevators and rudder sadly in the Europa factory shut due to Covid19. Since then the factor has partially reopened and our parts repaired and collected. Refitting them was straight forward (unlike the wings!). Although the engine started and ran well, as it had been stood for such a long time we decided to have a 200hr service and a check done, although we could have done this ourselves we decided to have a professional in. We use Gary Masters of Airmasters for our C42 Rotax so it made sense to have him look over the Europa’s 912ULS engine, even though his travel costs significantly added to the overall costs. Prior to his arrival we drained the fuel and replaced with fresh mogas (ordinary unleaded fuel to you and me). 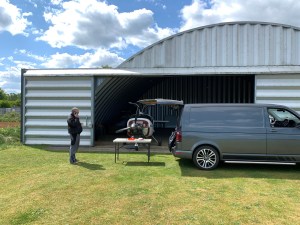 Gary arrived on a sunny day in May and remarked on the fact that the Europa was one of the better examples he had seen. He advised having the pipes changed, but added that they looked OK, but were of unknown age, we declined this at this time, but will do it ourselves in the near future. He also said that the mechanical fuel pump should be changed as it was over 5 years old, this we agreed with and he duly changed it. The oil was very clean as was the filter, cylinder compression was near perfect, next he checked the gascolators these too were in good order. service completed time to start the engine! 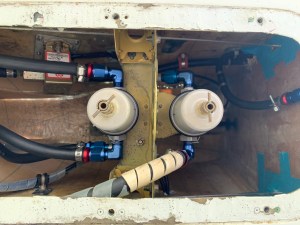 The engine started first time and ran smoothly, the oil temperature didn’t increase, this was put down to the cold day and no cowlings, however we later found the oil sender lead off!

Engine serviced we tried to refit the wings but could not line them up with just two of us as neither had done this before, we decided to leave the refitting until the LAA inspector and Europa expert Andy Draper visits to do the permit inspection and to teach us a bit about the Europa. Andy used to work at Europa and is seen to be one the experts on them, we would be in safe hands.

On the day of the inspection, a number of minor things were found and we were able to fix these as they were pointed out. All was progressing well until we got to the point of refitting the wings! we were missing a rigging aid, but this was not essential.  With both wings on we could not get the port wing retention pip pin in, no matter how we tried and how we tried! The wings were removed and the problem examined. The rigging cup on the port wing had fallen off previously and we glued this back in place using Araldite 420 as advised. The rigging cup could only fit in one place as it sat in a fibreglass seat. Unbeknown to us the cup was about 0.5mm out of alignment and with both wings aligned this was enough to stop the pin going through. 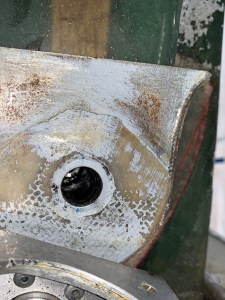 This was adjusted the following day and the wing refitted, after a period of jiggling the wings the pin went in, it was still tight but we got it in! 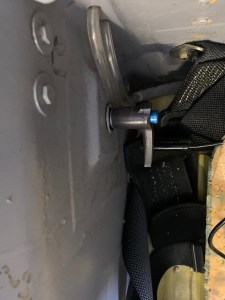 The wings were finally back on and our Europa looks like an aeroplane once more. 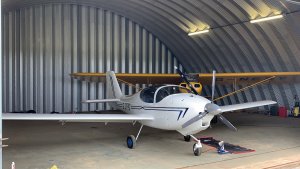 Andy is due back to complete the inspection and to test fly her for the permit in the near future, I will update you all on how it goes.