Our Europa, she flies!

The wings were on and all we need to do was to weigh her and test-fly her “simples”! Andy was a little delayed due to flying over and not being able to get his aeroplane out of Turweston. I was watching out for him to arrive but missed him, he had landed and taxied up in a Eurostar before I spotted him. 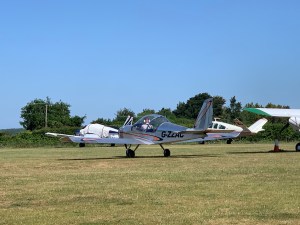 Finding the datum in a Europa Tri Hi-Top was our first challenge, once we established this we levelled the aircraft using packing and established the centre line and the datums for the measuring of the C of G. Next we pulled her back up on the scales for the weighing. The surprising thing to me was that despite changing the battery for LiFePo4 and saving approximately 6Kg she weighed almost the same as she did at her last weighing, some 10 years ago! 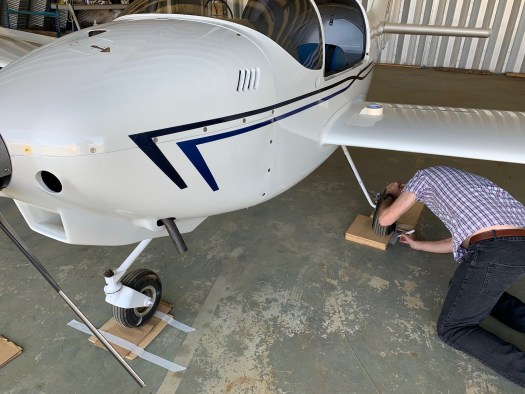 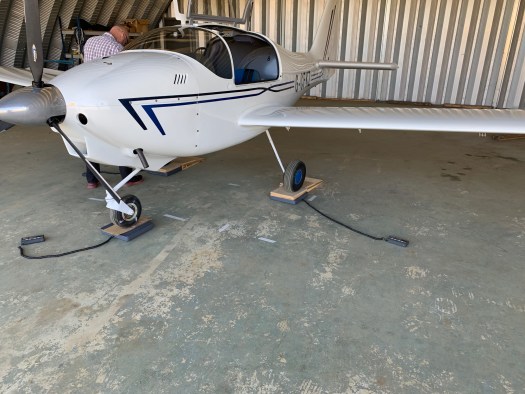 We needed to double sign the logbooks for the disturbed control surfaces, rudder and elevators that we had repaired and then we refitted. Even though this was taking longer then we expected all was progressing well. So we fuelled her back up and pushed her out before Andy did one last walk around before taking to the cockpit. 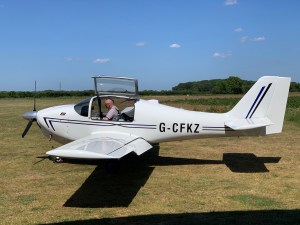 Flaps extended to take off settings and then the EFIS was switched on and… nothing! no lights no the EFIS. I went over to see what was up. The voltmeter was not reading any volts. It must be the new LiFePo4 battery! We had installed the new battery and done the 5 hot starts needed as well as operated the flaps and elevators a few times. The inbuilt battery management system had shut the battery off to protect against total discharge.

Luckily the old battery was on hand and within the limits to refit for the test flight. We assume the new battery only had a holding charge and should have been charged before the test, or at least after it!

The old battery installed, she started on the button, this delay gave Simon time to arrive and witness the first take-off. 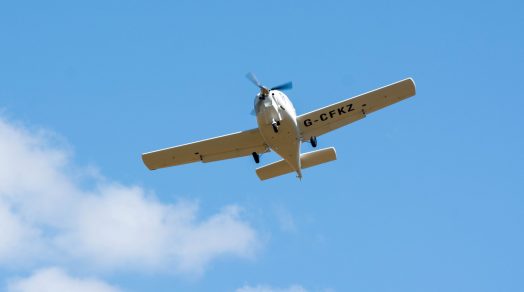 We have an airworthy aircraft, we now need to get our type conversion for the constant speed propeller and we will be off!