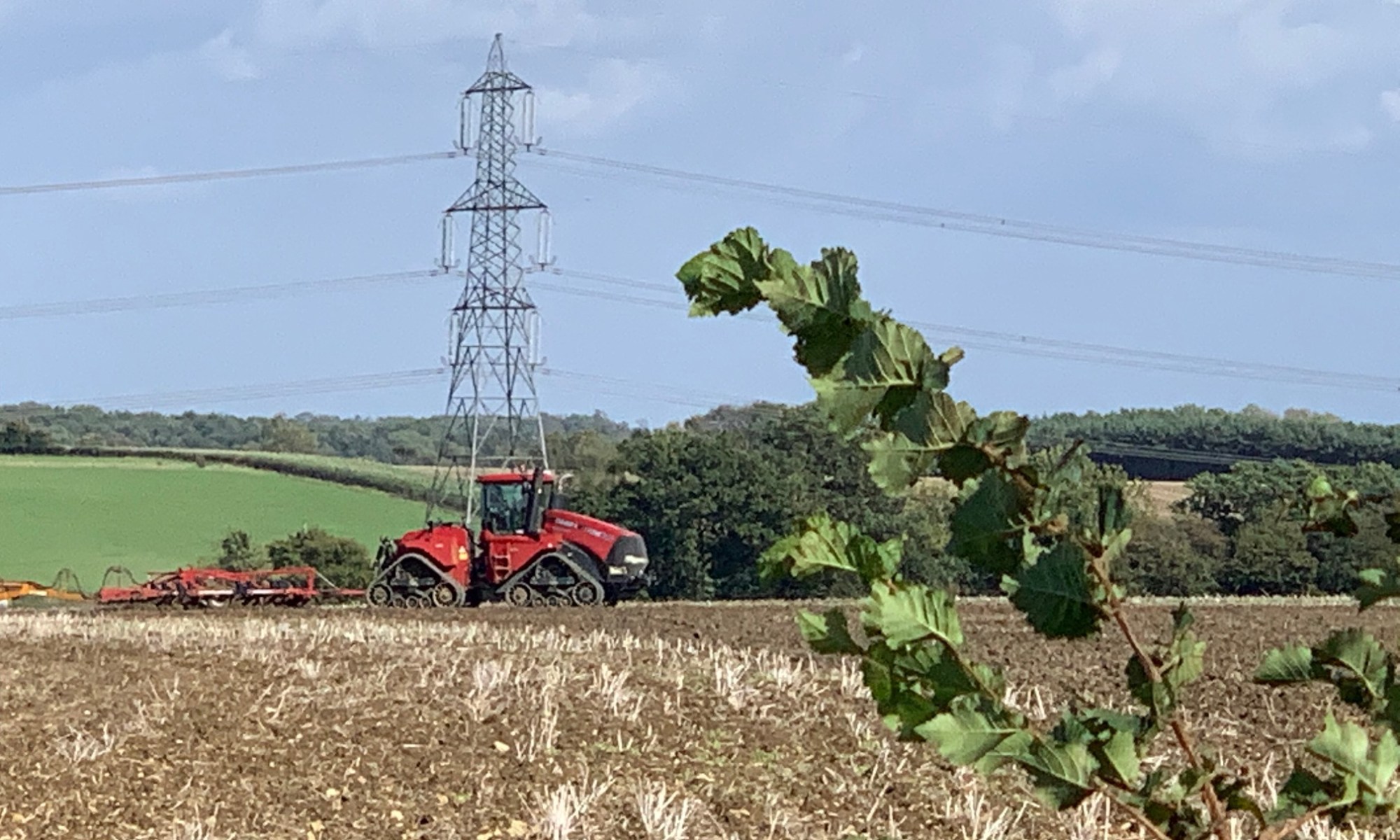 As an FI(R) at Cambridgeshire Microlights school at Chatteris, I was looking for an additional challenge that would help me on my journey towards becoming an FI, the strip flying diploma seemed to fit the bill. It covers performance planning, which will become key when we move to 600Kg Microlights, theory, planning and practical flying, thus it ticked all my boxes. I spoke to the instructor who trained me originally Mike McLoughlin as he is listed as being able to teach the strip flying course, as is the CFI Katie Denham, Mike agreed to teach me and we put a date in the diary.

Before the first day of training, I was sent links to SafetySense leaflet 12, Strip flying and 7c, Aeroplane Performance to review. On the first day of training for the strip flying diploma, we reviewed these documents and then calculated the performance of the aircraft we were going to fly, an Ikarus C42A, we also covered the theory of short-field takeoff and landings before getting into the aircraft to see what we could achieve.

On the first flight, I flew an uninstructed short-field with Mike, this was to set the benchmark, it wasn’t too bad I thought, Mike gave me some pointers and tried again and I took some more distance off and so we kept refining it, I think by the end of the lesson I had taken around 50 or 60 meters off the landing. This, however, this was on a long runway, so was just an exercise on short-field takeoff and landing.

We planned to follow up in a few weeks to consolidate what I had learned and fly into a short strip or two, however a combination of bad weather, teaching commitments and then the Covid Lockdown meant it was many months before I could finish the diploma.

Taking strip flying to the next level

Finally, the opportunity came on a windy and gusty day in September, this gave the opportunity to test my skills in a crosswind too. We first flew a couple of circuits at my home field using what I had previously learnt, the runway there is 430m so plenty of room if it went wrong. Next, we flew to Wingland, a much shorter strip at 250m. The approach was quite turbulent but with no real obstructions, I managed to land the C42 in about 70m on the first attempt and then taxied in where we were met by two club members. They were very welcoming, making us coffee and offering biscuits too, they commented on how short the landing was and that many visitors use most of the runway, guess the training was paying off! After coffee we flew a few circuits with Mike pointing out improvements and tweaks.  A few more circuits at Wingland and I was getting down to a full stop in a little over 50m. Time for lunch,  so we flew to Fenland where you can always get good food and Ray on the radio does a great job too. 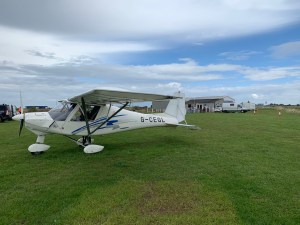 Well Wingland was good, but a greater challenge laid ahead! Mike took me to a private farm strip and demonstrated the approach and the dangers of the field, little things like 132kV national grid pylons on the approach, 11kV wires on the go around, and final was through a gap in some trees, oh and the strip was a little shorter for good measure too. The amount of turbulence on the approach as we passed through the trees was concerning, but Mike’s mentoring and demonstration gave me confidence and it was soon my turn. We discussed the abort point if needed, however the short field takeoff saw us high above the 11kV wires long before we got to them.

Cross and downwind on the 500ft circuit were not an issue and then we turned parallel to the 33kV lines on the base leg, ensuring we didn’t get blown into them! I set up the approach and prepared to fly through the turbulence; again we were bounced around, but keeping calm and following Mike’s instruction we flew through it and I landed in about 50m. We sat and discussed the circuit flown and we went again, and again and again… each time adding more and more precision. I can’t tell you how much I enjoyed the challenge and with Mike’s instruction, and at no point did I feel unsafe. 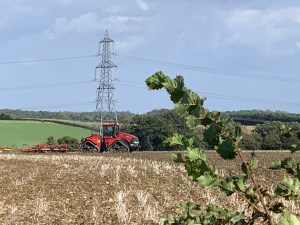 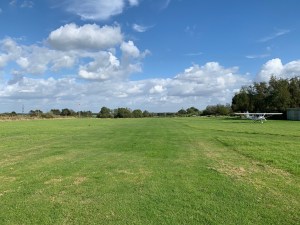 I really cannot recommend this training course enough, no matter if you are recently qualified or have flown for a long time, this is a great course to push you to the next level.

A good camera angle even makes a 220m strip look long from the ground, but not so from the air!